@ The Esplanade In February

Braddell Heights Chinese Orchestra (BHCO) presents Rhythms of Spring, under the baton of Conductor Lin Ah Lek. In tune with the approaching Chinese New Year, this concert will focus on the theme of Spring and celebrations. The programme comprises a selection of festive-themed traditional Chinese orchestral pieces, such as Jubilant Festival, Welcoming Spring and Chang’an Street Festivities.

Formed in 1985, BHCO actively promotes Chinese traditional arts through local works while experimenting with repertoires featuring Eastern and Western instruments, across a wide range of genres from traditional to pop, instrumental and vocal. SZINC
SZINC (pronounced “sync”) is an East-West fusion band comprising erhu virtuoso Mike Chiang, sanxian artist Jessica Lu and composer and keyboardist Christine Sham. Their unique band name symbolises the synchronisation of culture and people with a new (新) sound and collaboration. SZINC strives to create new sparks in the arts scene by collaborating with dancers, singers, ethnic musicians of different cultures and styles and they are not afraid to break rules and set new standards.

Stacey Lee
Stacey Lee started off as a trained animator and during a stint in London, she came across buskers who did sand art and was inspired by them. In 2010, she took the leap of faith and concentrated on being a full-time sand artist and has never looked back since. She has performed for well-known organisations including the Ministry of Manpower, Capita Land, Sembcorp Marine, Google, and many more, at their corporate functions in front of many dignitaries and cabinet ministers. Countries she has performed in include Germany, Japan, Malaysia, Thailand, Philippines and Australia.

A master of suona, together with established Western musicians, in a dazzling East-meets-West concert.

Multi-instrumentalist Guo specialises in woodwinds and is also a music innovator. He graduated with distinction from the Central Conservatory of Music in Beijing, and has won many international awards including the Grand Prize at New York’s International Pro Musicis Award (1998), and the Hong Kong Award for Best Artist (2012). He has performed with many orchestras around the world including Orchestra de la Suisse Switzerland, South Korea Daejeon Philharmonic Orchestra, Belgium’s Flanders Symphony Orchestra, Malaysia Chinese Orchestra, Singapore Chinese Orchestra, and National Chinese Orchestra of Taiwan. Enter the world of chamber reveries with Amalgamate^5 as they perform Chinese classics and pop pieces such as Spring Blossom, Galloping Horse and a medley of Jay Chou’s Chinese-style pop classics in their unique combination of strings and piano arranged by Yang Ting Ting and Edmund Song. MUSA comprises zhongruan soloist Su-Min, guzheng soloist Su-Hui and composer-arranger Dayn Ng. This time round, they form a collective with Lu Heng (keyboard), Benjamin Boo (percussion) and Shaun Tan (bass) to showcase their brand new originals and re-adaptations of Chinese classics including In A Faraway Place, The Olive Tree, and more!

MUSA The Collective
Formed in 2015, MUSA incorporates Chinese music with contemporary style, yet preserving the roots on this foundation. Their fusion music amassed more than a million views on their YouTube page. They were invited to perform in China’s top variety show Day Day Up, the Consulate General of the Republic of Singapore in Chennai, Padang Indian Ocean Music Festival 2017 and they are featured overseas artists on China’s Guzheng Net. 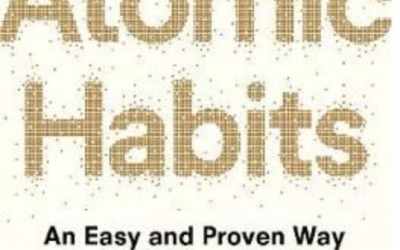 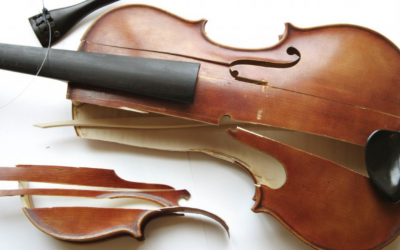 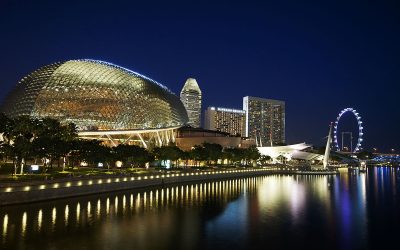